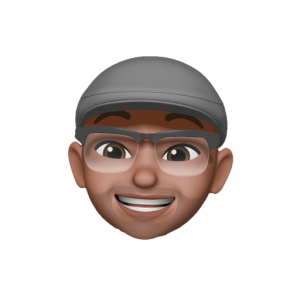 Rob’s expertise has always been in designing something fast and just making it work. He has worked in software research and development for over 20 years with several Fortune 500 corporations, including Citrix, Cisco Systems, and Dell Computer, as well as academic institutions like Stanford University. He has expertise in leading product development in areas ranging from network security to enterprise storage to IoT. In 2004, Rob co-invented the Net6 SSL-VPN which was acquired by Citrix Systems and quickly climbed to the top of Gartner Magic Quadrant as one of the most success network security products of the time. As part of the Advanced Products group with Citrix, Rob developed many underlying technologies like a neural-net based OCR, used across product suites. In 2009, Rob leveraged this experience and developed an image compression library for a startup that was acquired by Dell that quickly became a leading tool used by major social media networks to deal with the exponential amount of data flooding into their systems. Rob holds 19 granted patents in technology across various segments, and degrees in Computer Engineering and Psychology.

On a more personal note, Rob and his wife of over 20 years have three beautiful daughters and actively serve their community. They enjoy spending their free time camping and playing games.

• API design and development, keeping our platform in sync with the industry standards

• Came to Dell via acquisition of Ocarina Networks.

• Handled prototyping and proof of concept for new architectures.

• Lead developer and co-inventor of the Net6 SSL VPN.

Bring us your dreams and we will take them into orbit together.
Get Started

This website uses cookies to improve your experience while you navigate through the website. Out of these cookies, the cookies that are categorized as necessary are stored on your browser as they are essential for the working of basic functionalities of the website. We also use third-party cookies that help us analyze and understand how you use this website. These cookies will be stored in your browser only with your consent. You also have the option to opt-out of these cookies. But opting out of some of these cookies may have an effect on your browsing experience.
Necessary Always Enabled
Necessary cookies are absolutely essential for the website to function properly. This category only includes cookies that ensures basic functionalities and security features of the website. These cookies do not store any personal information.
Non-necessary
Any cookies that may not be particularly necessary for the website to function and is used specifically to collect user personal data via analytics, ads, other embedded contents are termed as non-necessary cookies. It is mandatory to procure user consent prior to running these cookies on your website.
SAVE & ACCEPT